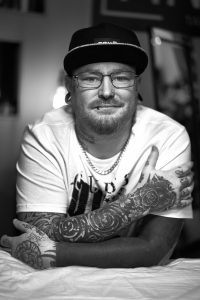 Ad  is 28 years old and was born and raised in Cape Town  He fell in love with tattoos at the age of 17 and has been tattooing since early 2013.
He never went through the proper stages of apprenticeship, but was lucky enough to work under Sam at The Tattoo Lounge in Cape Town, in 2013, which was a true learning experience.
He got pushed everyday, which made him the artist he is today.
The manager, Caroline Knight, also drove him everyday to work harder and gave him an understanding of how a shop should  be run and how important clients are as without clients we wouldn’t have a job.  With some help from business and tattoo minds alike he became a huge success.
Ad worked in a few tattoo studios in Cape Town and then got a chance to leave Cape Town and start his own journey.  With the support of the crew from The Tattoo Lounge to take that chance and grow even more, he did, and has not looked back.  Ad specialises in realism, but isn’t limited to that style by any means.
Bright and bold and water-colours are also favourite style of tattooing, but I enjoy other styles as well.
Ad is never bored and loves new tattoo ideas,  So throw something at him and he will  give you a quality finished  product that leaves you wanting to come back for more.
Look at his portfolio and you’ll see everything from Polynesian pieces, to
portraiture and Asian inspired.  Anything is possible.  There are no limitations!
As Ad believes:  If you love what you do you wont work a day in your life! 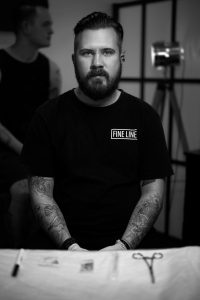 Dylan van den Berg is the head piercer at Fine Line.  He knew from a young age that he wanted to a be a part of the industry and began his piercing career under Matthew Mclachlan in 2011 and pierced under his guidance before taking over as the head at his previous job.
Dylan realises the growing necessity for professionalism in an industry which is often overlooked locally.  He has cultivated and perfected techniques in piercing and aftercare, allowing him to confidently and safely perform piercings and procedures above and beyond what is generally provided locally.  Practicing the most string standards of hygiene, he prides himself on making sure that every client has a fun and safe experience.
When not piercing, you will find him underwater or gaming online. 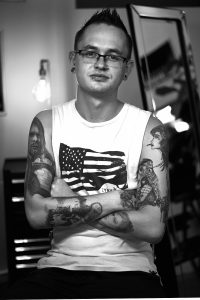 Sheldon Shaw started his apprenticeship when he was 18 years old at Little Shop of Horrors Tattoo and Piercing Studio in Johannesburg. He studied Fine Art at Witswatersrand University for 3 years. He did his apprenticeship on weekends and in his holidays throughout varsity. He started tattooing and body piercing in August 2015.

Sheldon mostly prefers to do black and grey tattoos, stipple/dot work and fine line tattoos, i.e. mandala’s, script pieces. He also excels at colour tattoos, and particularly enjoys watercolour and bright, vibrant colour
tattoos. He loves being able to create unique designs and doing something different from the norm.

He loves to do piercings and pretty much anything to do with the body
modification industry. He is passionate in his endeavours and carries his enthusiasm through to everything he does.
Sheldon enjoys gaming in his spare time, checking out art, whether it’s at
galleries, or trawling Pinterest. Being able to spend time with friends and family and just enjoying life to the fullest! Learning and growing is always valuable in both business and his personal life. 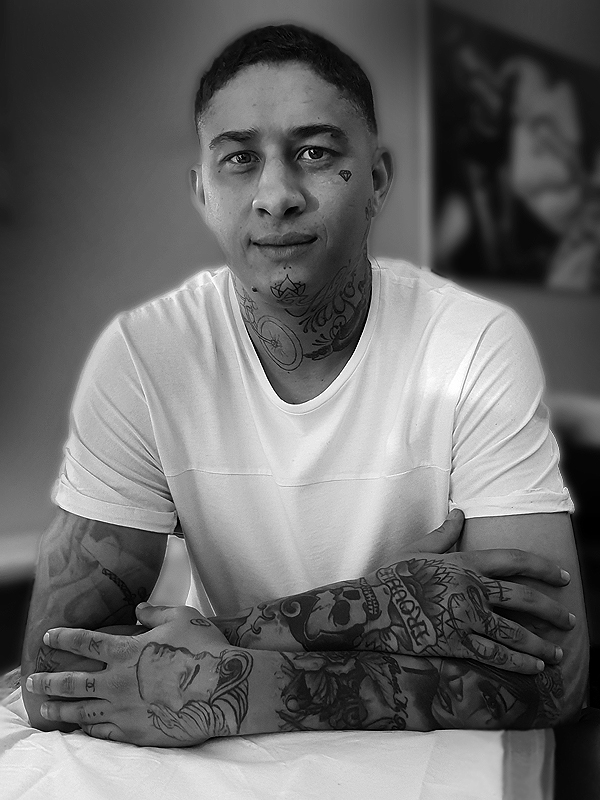 Jazz is originally from Durban and has 15 years experience in various studios around Durban. He has a distinct soft black and grey style, and loves realism and Japanese but is open to all styles of tattooing. Custom work is more than welcome. 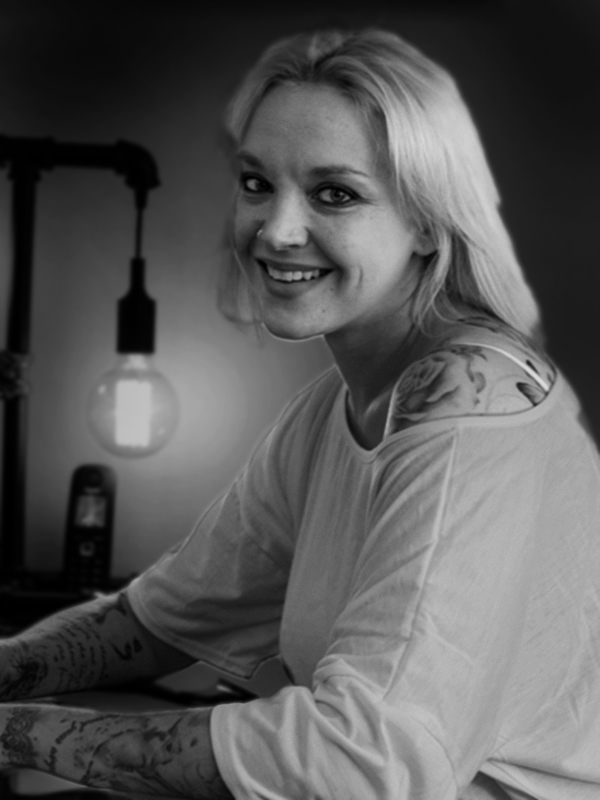 Cindy Lategan grew up in Bloemfontein and relocated to Durban when she was 16. Art was one of her favorite subjects at school and it has always played a big role in her life. After her studies she relocated to Nelspruit and opened her own art and craft shop. Later she moved back to Durban where she became one of AD’s clients. He has done most of her work adding to her ever growing collection. AD saw the potential in her to become a tattoo artist and when the opportunity presented itself she jumped at it. She is now a full time tattoo apprentice at our studio